The project was implemented using a grant from the President of the Russian Federation for the development of civil society provided by the Presidential Grants Foundation.

"My Lermontov" is a project of the Borey Gallery, presenting an exhibition of works by the Russian painter and graphic artist Oleg Chernov. The project is dedicated to the work of the outstanding Russian poet Mikhail Yuryevich Lermontov. The exhibition will feature paintings and graphic works created by the artist from the pages of the novel "A Hero of Our Time". 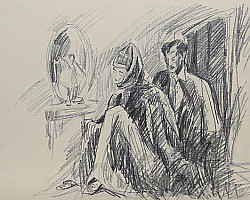 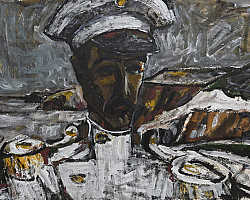 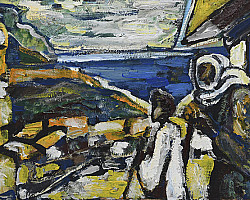 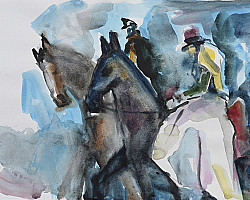 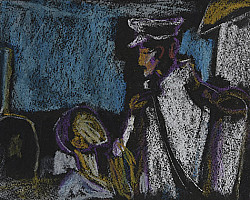 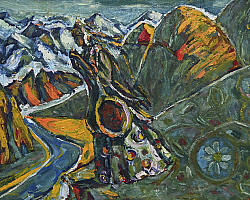 Oleg Chernov was born in Siberia, but his whole life is closely connected with Stavropol. He, an artist of southern temperament, consistent expressionist, keeper of the traditions of the school of Petr Gorban, seems to have a special vision of the world. Filled with dramatic tension, his works carry both a sense of modernity and a generalization of spiritual experience. According to colleagues, Oleg Chernov is distinguished by fanatical love and dedication to his work. He is part of the myth of unrecognized geniuses and unknown masterpieces.

It is not by chance that Oleg Chernov turns to Lermontov’s work. Lermontov’s poetry and prose have attracted attention at all times, they were admired by artists, composers, writers and poets of different generations. Lermontov’s poetic world is limitless. Each word of the great poet is permeated with an image, color, mood, and anyone who turns to him finds in it an echo of his innermost thoughts and feelings. This perfectly reflects the work of Oleg Chernov - he is inherent in the seriousness and sublimity of the idea, its expressive and monumental embodiment, when the significance of the work is determined only by the talent and sincerity of the creator. Both Lermontov and Chernov are distinguished by a capacious vision of the Caucasian landscape, in which the hero only happens, and does not appear of his own free will.The deeply psychological plot of "A Hero of Our Time" came to be akin to the frantic expressionism of Chernov’s artistic feeling and creative confession. In the pictorial and graphic interpretation of the novel, there is a sign of the co-creation of the poet and the artist, separated in time, but close in the space of the world outlook.